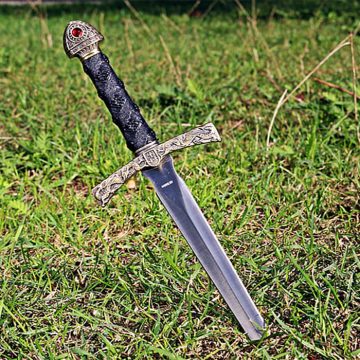 This is often misquoted in charismatic, Full Gospel or Word of Faith circles as a colloquialism to “stand in agreement” with another person against the devil. Sometimes it is also used in conjunction with another misunderstanding in scripture of attempting to “bind” the devil from a person or event.

I know many who have used this first misquote yet, I am unaware of any of them who actually knew what the reference is nor the context from which it was taken before being misapplied.

“How could one man pursue a thousand, or two put ten thousand to flight, unless their Rock had sold them, unless the LORD had given them up?”

In chapter 32, God is pronouncing judgment on Israel for their pursuit and worship of other gods. Israel at this time was greater in number than their enemies and yet, God placed Israel into the hands of their enemies and one was able to pursue a thousand and two ten thousand.

In this series of verses, God was lamenting that His people were so silly that they did not realize that the only reason their enemies were winning against such insurmountable odds, was because God…their Rock…had sold them into the hands of their enemies.

Now how exactly this is turned around into a positive declaration of victory due to agreement between two or more believers is a bit of a mystery.

There IS a reference which would be better suited for this proclamation, and it is found in Lev. 26:2-8,

“If you follow My statutes and faithfully observe My commands, I will give you rain at the right time, and the land will yield its produce… You will pursue your enemies, and they will fall before you by the sword.

Notice though, the difference in the numbers!

Part of this is likely because their culpability for their sin was great since they knew better. The consequences for dishonoring God was more about the value of the One they dishonored than the manifestation of the way they dishonored Him. That is likely why, the numbers were so much higher when they affronted God and misrepresented him before other nations, than they were when they were simply obedient.

A secondary issue here is that in Leviticus, we are dealing with a promise in another covenant which has no direct application to a believer. Under the Old Covenant, God’s promises were aimed at two things:

That having been said, this one in Leviticus was strictly to Israel and was aimed at establishing them as a nation in the Promised Land and therefore has no connection with promises made to New Covenant believers.

Many times when promises get ‘misapplied’ like this, it is because people simply do not know the difference between the covenants. So I guess if you are not aware of which covenant you are drawing your promises from, then it isn’t that much more of a “leap” to switch the negative promises out for the positive ones as well. I do not say this as a judgment call, for I too used to believe this promise was for all believers and was positive in nature. It is simply a reality, that if one does not study enough to know the source or context, ANY other misinterpretation or misapplication is almost to be expected.

I’ve been thinking about doing this for some time but have just never gotten around to it. There are SO many verses which have been taken out of context and misused over the years that it is down right embarrassing. The worse part is that I have been one of those who commonly misused them!

This set me on a bit of a journey in scripture to discover which of my favorite “quotes” and “principles” were actually clearly represented in scripture IN THE WAY that I had been using them.

What I found embarrassed me, upset me, angered me and finally won my heart.

I’ll address the previously mentioned topics of “standing in agreement” and “binding the devil” and “binding and loosening” in other posts.